2018 sees the centenaries of the first pieces of legislation giving women the right to vote and to stand for election on the same terms as men. 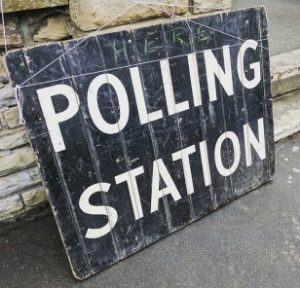 The Representation of the People Act 1918 was a milestone in British political and social history, as it allowed for some (but not all) women to exercise a right to vote for the first time. The 1ooth anniversary of this event is being marked in towns and cities all over the country, with the actual day of commemoration being February 6 2018.

Although it took another ten years for universal suffrage (votes for all women over 21 on equal terms with men) to come about, the 1918 Act represented a seismic shift in attitudes towards women and their role in society, arguably in line with broader changes on the home front brought about by the events of the Great War.

Another centenary this year also celebrates a landmark piece of legislation towards achieving democratic equality. The Parliament (Qualification of Women) Act 1918, permitted women over the age of 21, the same age as for men, to stand for election as an MP. This anniversary falls in November 2018.

April 2018 sees the 60th anniversary of the Life Peerages Act 1958, which allowed women to sit in the House of Lords for the first time. 2018 is certainly set to provide significant reminders of both the struggles and the successes for women’s political rights in the twentieth century.

Millicent Garrett Fawcett (1847 – 1929) was a suffragist and campaigner for equal rights for women. She led the biggest suffrage organisation, the non-violent (NUWSS) from 1890-1919 and played a key role in gaining women the vote. This achievement is sometimes not as well known in today’s public mind as the more militant activity of the suffragettes of the Women’s Social and Political Union founded by Emmeline Pankhurst.

A bronze cast of Fawcett, the first statue of a woman to be erected in Parliament Square, will be unveiled in February 2018 to commemorate the 1918 Representation of the People Act. With this legislation, some women gained the right to vote for the first time. In 1928, the Government passed the Representation of the People (Equal Franchise) Act giving the vote to all women over the age of 21 on equal terms with men.

In the cast bronze representation by Turner-winning artist Gillian Wearing, the first female sculptor to have work erected in the Square, Millicent will be ‘wearing’ a design copied from one of Fawcett’s own brooches, and is holding a plaque with the words: “Courage calls to courage everywhere”. Fawcett spoke about this theme following the death of suffragette Emily Wilding Davison when she attempted to impede the progress of the King’s racehorse at the 1913 Epsom Derby.

The statue is to be funded by the British Government as part of a £5 million fund to celebrate the centenary of women’s suffrage. It is co-commissioned by 14-18 NOW, the UK’s art programme for the First World War centenary. In addition to the main image of Millicent Fawcett, the names of other women who fought for the right to vote will be engraved on the statue plinth.

> Caroline Criado-Perez’s commentary on the first statue (Daily Telegraph website). Caroline started a petition in 2016 after realising that there was not a single statue commemorating a woman’s contribution to national life amongst the ones that currently stand in Parliament Square.

Resources on women and the vote

> Votes for women – Factfile from the UK Parliament (pdf)

> Women and the Vote – animated timeline produced by the UK Parliament

These articles are reproduced from collections of articles on women’s suffrage by Abha Thakor to mark the 100 year celebrations.